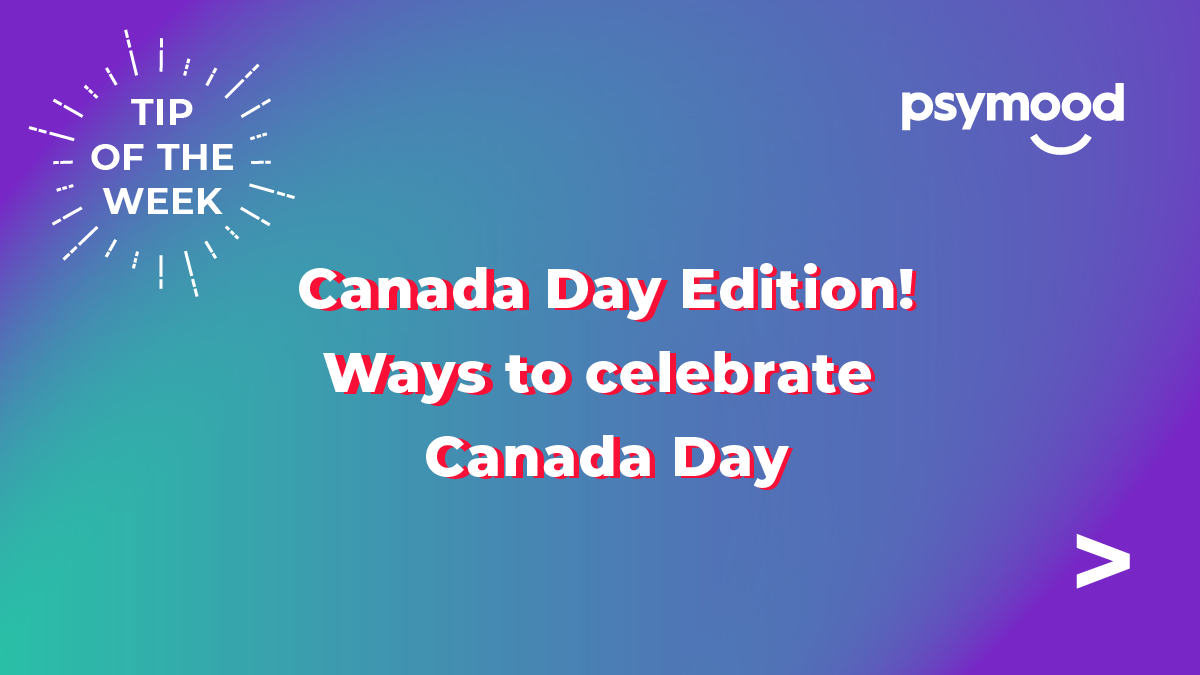 This week at PsyMood we are celebrating Canada Day.

What is Canada Day? It’s Canada’s Birthday! Canada Day happens each year on the first of July, and it is to commemorate the anniversary of the Constitution Act, which consolidated three territories into the single nation of Canada, way back in 1867. Back then Canada day was called “Dominion Day” and only became Canada Day in 1982 when Canada became its own independent country.

Canada Day is a day to celebrate what it means to be Canadian. All over Canada, cities and communities celebrate by hosting parades, festivals, and of course fireworks.

Canada is one of the world’s most ethnically diverse countries and is home to around 195 different languages. Celebrating Canada Day means celebrating diversity. This Canada Day is a very special one as Canada opened its doors to individuals seeking refuge from Ukraine.

PsyMood is a platform that offers safe mental health spaces for everyone regardless of their language or cultural background.

Here are a few ways you can celebrate Canada Day this weekend.

Learn about Indigenous communities and how they relate to Canada Day

Wherever you are in Canada, you can find a fun Canada Day activity to celebrate with friends and family. If you are in our capital, Ottawa, you’ll find some awesome festivals, events, concerts and of course fireworks! Head down to LeBreton Flats for a fantastic fireworks show.

Toronto is the go to city for fun, especially on Canada Day. You will be able to find Canada Day fun at every corner of the city. From firework shows to festivals, the fun never ends. Check out Curiocity’s guide on what to do on Canada day in Toronto.

Not up to big crowds? Canada Day is the perfect time to invite family and friends to celebrate together. Grab some snacks and good foods and host a Canada Day party at home!

Another way to celebrate Canada Day is to buy from local shops and stores in your city. We all are aware that covid has taken a toll on our businesses, especially on small local businesses. This Canada Day, show some love to our Canadian shops.

At PsyMood we are always ready to listen after a new diagnosis. We have over 350 specialists from around the world here to assist you. Contact one of our specialists for a FREE 15-minute intake session today and speak to someone from your cultural background that speaks your native language. Join today to start your mental health journey!